This year, the city of Vancouver was chosen to host one of two NBA preseason games held in Canada between the Toronto Raptors and Portland Trail Blazers. With the city buzzing having the NBA back in town for the weekend, an event called the NBA Crossover was held at the Permanent on September 26 - 29 and yours truly had the opportunity to be a part of it.

The NBA Crossover is an exhibition to showcase and celebrate the culture of basketball, fashion, art, music, and gaming all in one space. Two weeks before the event was launched, an opportunity came our way to create a space within the exhibit - a challenge due to the short notice but definitely something we were excited and honoured to be a part of. Notable partners and sponsors for this event included in this exhibit were Victory Creative Group, Foot Locker Canada and NBA 2K.

After two weeks of meetings and planning, we unveiled our vision through a pop-up barbershop inspired by the history of the game while paying homage to the Vancouver Grizzlies. Along with the boys at WSDM CLUB, we we're open for business for the next three days and the exhibit did not disappoint.

Along with interactive activations from NBA 2K19 and Foot Locker, NBA greats Isiah Thomas and Shawn Marion made appearances all weekend. It was great to see all of the fans from not only Vancouver but around the Lower Mainland experience the game through the NBA Crossover.

We want to give a big thank you to everyone who stopped and came by the event as well as Fine Edge Supply, Loose Change Apparel and The Archive for helping us make this space come to life. It really was a team effort, and the amount of people who supported the event, either by contributing or by attending, showed the city's love and passion for basketball.

Thank you! Your submission has been received!
Oops! Something went wrong while submitting the form. 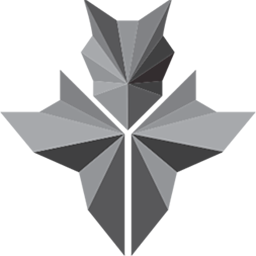